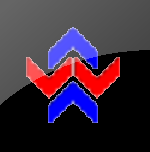 
- Increased default memory allocation. E-Sys needs memory and lots of it. Default setting is barely enough for simple cars like the F20/F30s but is hardly sufficient for cars with complex ECUs. Most coders do well by changing this settings but some aren't aware of this. While it can be easily change, E-Sys doesn't check the value and if you set it too high, will prevent E-Sys from launching. With the launcher, the memory allocation is doubled.

- Enhanced overall System stability. By ensuring E-Sys gracefully shutsdown and JVM properly recycled at the end of each coding session, your system is kept optimized for the next session. Stock E-Sys, more often than not, does not fully terminate. JVM lingers in the background, hogging and leaking memory. The issue becomes more apparent when you start/shutdown E-Sys numerous times, to a point where system restart is required. With the launcher, this is unlikely to happen.

- Zero E-Sys Configuration. With the launcher, there's no need to reconfigure E-Sys to use different Soft tokens. Those with OEM or my patchless token solutions can keep using it by clicking the Blue E-Sys icon, while using the launcher will use the assigned token, all without having to fiddle with the settings.

- Personalized and Individualized token. The soft tokens you create will only be usable on your own machine. It cannot be shared and reused on another machine. This also means that someone can't sell you a token and expect it to work. With the built-in Token Generator, creating soft token is as easy as pressing a button. No fiddling around with some command line tool and creating XML data.

- Absolute Security. It became pretty easy to hack CAFD recently. With the launcher, the risk of using hacked CAFD is reduced to 0. Hacked CAFDs are prevented from loading, exactly the way stock E-Sys does, stopping it dead from its track. Coupled with individualized token, there's no need to worry about hacked CAFD.

See it in action:

I've recently chanced upon the above quote, and I thought it couldn't be more fitting that what's happening lately.

To start with, one troll has launched a witch hunt against me. It has been going on for a while now, but one I always ignored since I didn't think he deserves any of my attention. I guess his animosity towards me started when he couldn't crack my token, despite me telling him exactly my process in a numerous and lengthy email. It was detailed, short of writing the code myself and giving it to him. I now realized that even if I did that, he wouldn't get it anyway.

Another guy showed up in the forum recently. The troll saw a chance to pounce on me and throw numerous accusations and took a jab at every single chance he gets. I'm pissed off, but I ignored it. But I'm still pissed off, so much so that I stayed away from the forum. THAT is how much I'm pissed off. I enjoyed hanging out in the forum but I can't stand this guy.

Let's see what he's accusing me of:
1) I don't share anything. - Really? I've told this guy everything, it's not my fault that he doesn't understand any of it. I think he equates sharing to spoon-feeding -which I never believe in. You know the proverbs: "Give a man a fish and you feed him for a day. Teach a man to fish and you feed him for a lifetime"? This is what I believe in.

As far as I'm concerned, I've been sharing information in the forum. I've given tools that help fellow coders. And this troll dared accuse me. The thing is, if you search his posts, not a single one is helpful. He likes to answer like "Search the internet". That is the most asinine answer anyone could ever come up with. 90% of his posts is asking for help and he's as clueless as can be, because the answer to his question is already provided in the very thread he's asking.

2) "I am just a seller" - Well, if you don't recognize my tools as help, then yeah, I'm just a seller. I sell my own original work though. I don't rip people of their work. And there's a reason why I'm selling tokens and giving away my more valuable tools. I could have sold my tools too, but I don't see any reason.

Here's the kicker -this troll sells tokens as well. Tokens he got from a stolen information, tokens he got for free, tokens provided to him by the other guy. If you belong to any European BMW Forum, he has likely offered you "his" token via PM. 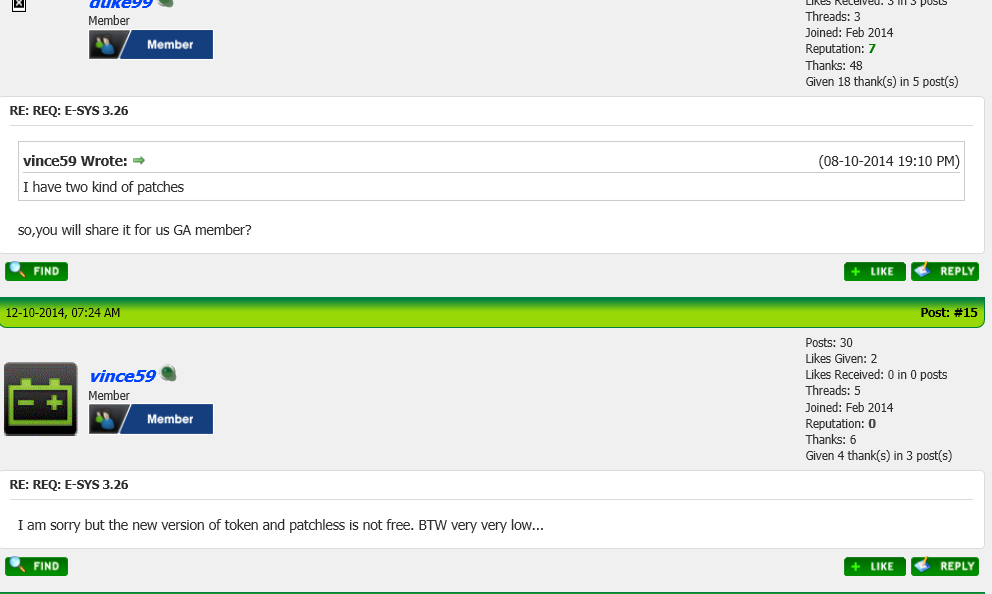 He claims he developed this token, but boy, you can bet your bottom dollar he didn't do anything because none of this make sense to him.

The other guy took several jab as me as well. First, he called my assertion that there's a danger in a patched solution, despite having a proof, FUD. I thought that was funny and absurd at the same time.
He came up with a token solution he claims is safe and will accept any token -both of which is false. By working with the troll above, they were able to come up with a solution similar to mine. I say "similar" because it's not the same. Not as secure as my solution -close but not quite.

"Good Artists Copy..." Too bad they only settled in copying. That is already a failure, in my opinion.

By the way, there was a thread over at Bimmerfest which was already deleted as it gotten crazy. The troll looked down at people and started calling them names and what-not. In that very thread, he did admit that he was studying my solution, along with one other guy. I find this preposterous and disrespectful. Never have I encountered a forum where one could be so blatant and open in disrespecting another member. He dared accuse me of being "just a seller". He's dirtier and stinkier than the mud he's throwing at me. Yes, I sell tokens, but he sells tokens provided by others. And he tried to crack my solution...

You may be saying, "But you cracked BMW's solution as well". Yes I did, I did crack it. I copied the idea. BUT I didn't stop there. I made the idea my own and made it better - "Great Artists Steal". The fact that my token would only work with my solution is a proof of that. I worked hard to make my solution secure so no modified CAFD would work, so our car remains secure from malicious intent. We're talking about a $40,000 (at least) cars anyway.

And here's one more kicker. The other guy says "save your money and donate it to charity"

(Note: Other name redacted upon request)

What happened? Did the world turned upside down. Why dis and accuse someone of doing something when in fact, it is them doing it?

I am very disgusted and disheartened with all of these. I believe in humanity but these things are certainly taking their tolls on me...

Lastly, truth be told, I give a lot of people free tokens. Some insisted on donating but I don't accept personal donations. I told these people if they're serious about donating, to donate it to their local Children's Hospital or Cancer institute. I support these two institutions. I believe they're doing this world a huge favor.

Now, I never intend to disclose this because I believe helping others is just natural, it's being human. It's not something you do and then tell the world about it. But, with all the accusations thrown at me recently, I can only take so much. The people I helped could speak for this...

Picasso is indeed one of the brilliant mind of his times - "Good Artists Copy, Great Artists Steal"

Note: I know this is ranting. I just had to let it off. There will be no other similar post in the future.
Posted by TokenMaster at 7:18 AM 6 comments: