Just realeased a new version of NCD/CAFD Tool, now with search function added on FA/FP Viewer.
No pictures this time.

FDL Coding on my BMW F30

FDL Coding Demonstration using my EST Software Token, done on my BMW F30. The video is meant to help those who are quite new to coding their BMW F-Series cars. This is how I do it, of course, I learned from people in the forum too.

Check it out, let me know what you think:


If you're interested in obtaining a software token, send me an email: fxxtokenmaster(at)Gmail
Posted by TokenMaster at 9:44 AM 6 comments:

NCD / CAFD Tool V0.1.3.0 Alpha now available. I added an FA and FP Viewer. See what your car's options and what you've missed :) 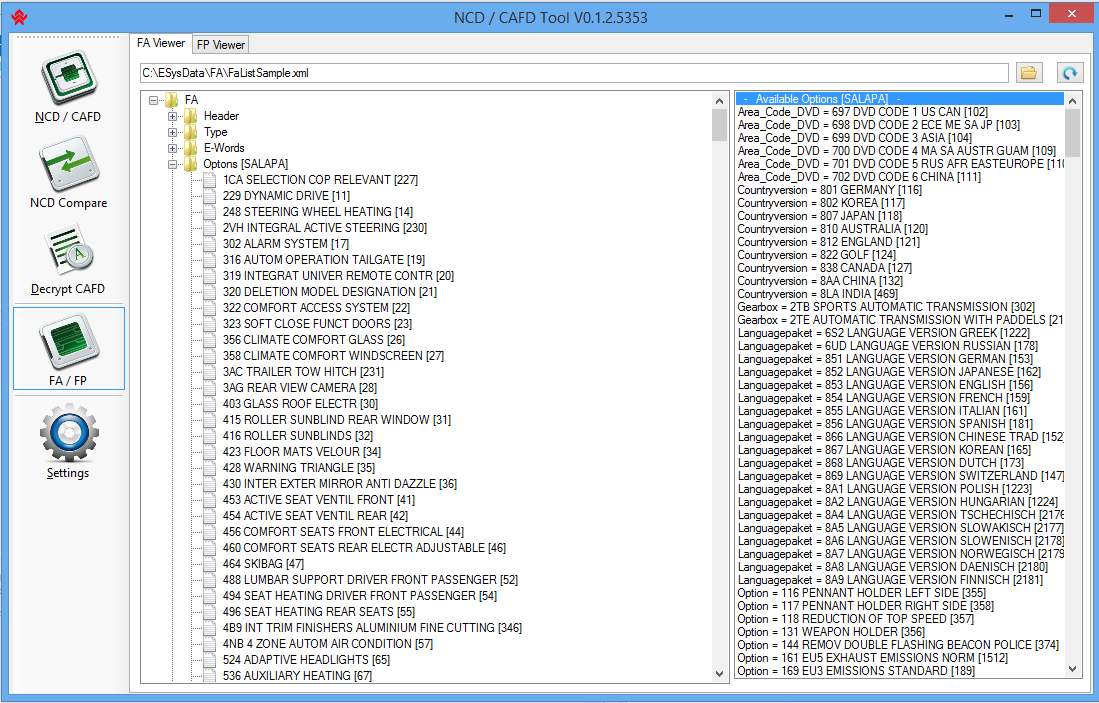 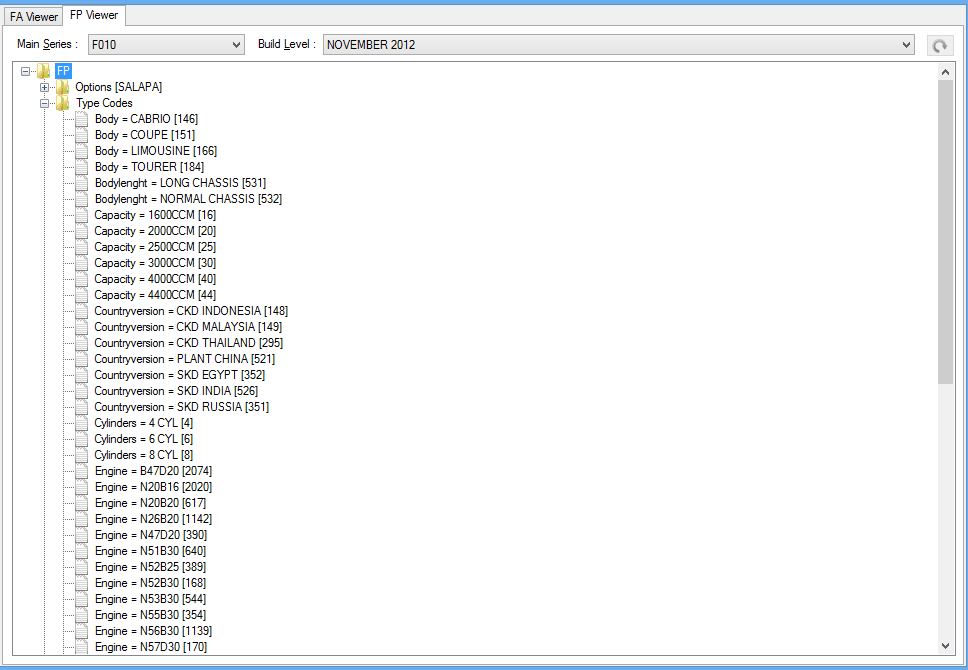 Posted by TokenMaster at 6:39 PM No comments:

OK, as most of you know, or didn't know, I'm a late-comer to the world of BMW Coding, but I'm no stranger to hacking. I did encounter a few rude PMs, most of them I just ignored. If only these guys (or gals) knew what I did in the past :)

The most obnoxious, rudest, most annoying PM I received was from someone at F30Post. The guy got an F10 and asked if he could code this and that, a bunch of features I haven't even heard of. I don't have an F10, nor an expert at coding so I wasn't about to pretend I am. I told him to head over at Bimmerfest since it's the one site I knew discusses F10 in details. I told him about the cheatsheet as well.

And what do you know, the guy exploded with his reply. His exact words were "why do you think, with 5 post here, a new member ...blah...blah....am going to buy a token from you without answer my questions". Obviously not a native English speaker, but that didn't made it any less annoying.

Ugh, some people get so stuck up to post counts as if it's the only thing that matters.
Posted by TokenMaster at 1:11 AM No comments:

As some of you may already know, I made a tool for NCD and CAFD files, named....wait for it...NcdCafdTool!!! Tada, yeah, can't think of a better name but what's in a name anyway?

Latest version has translation, so, if you want to know more what's in your NCD or CAFD, go grab the tool. It's in Bimmerfest.com, F30Post.com and BMWCoding.com 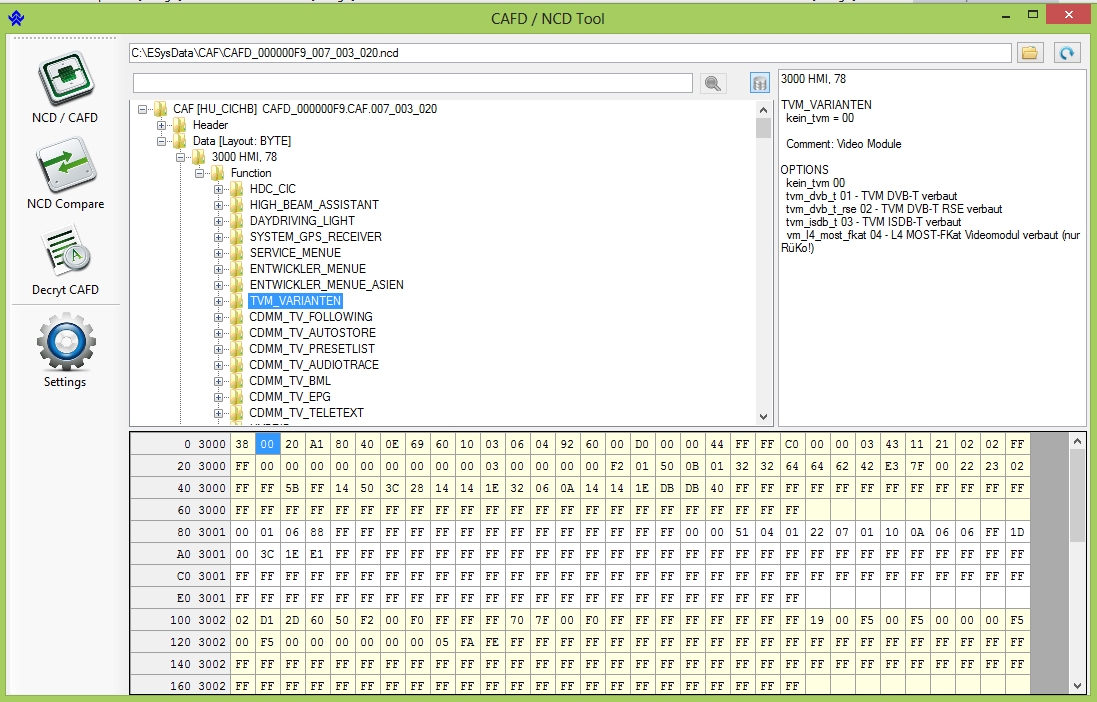 I made a video showing how my EST Software token works. Check it out and let me know what you think :)


If you're interested in obtaining a software token, send me an email: fxxtokenmaster(at)Gmail
Posted by TokenMaster at 12:53 AM 8 comments:

As any other software architect/developer, I always crave for new version of a software. I'm excited to learn of its new feature, and E-Sys is no exception. Only caveat, I needed a new PSdZ and a new software token. I learned that somebody was selling a token for some amount and I thought it was exorbitant compared to what it can do. It's relatively cheap, don't get me wrong, but I wasn't ready to pay for something that cost that much and does very little. So, I looked into it and there are probably a hundred ways I could have done it but I settled on one method, which I think would be the best and would give me the greatest flexibility. The result? An EST Software token that doesn't require modifying any of the stock files. A Software token that can be used without modification across several versions. One file, that isn't version-specific.

So, I went and ventured. By mid of August, I was ready with my file. I tested it with my own car. I wasn't worried because I know, the token is only necessary in allowing FDL coding. The token have nothing to do with the actual programming. And I made sure to not change anything I didn't have too. I love my car and which is why it's hard for me to trust somebody else's work. I can never trust something without me fully understanding what it actually does, or what has been done with it and what it's weaknesses are, if any.

The day I was about to release my token, I came across a posting at Bimmerfest that claims to be selling a token for a cheaper price. It was a guy from Korea. I was lucky enough to be able to check it out and downloaded the file. One look at it and I knew I was never going to use it. It is patched, and the certificate was custom generated using his own CA. This was one of the method I thought about and had I been too lazy, would have implemented the same. The method that was used entailed modifying the Crypto module that will render signature and hashing matching unnecessary. I knew it will work but I crossed this method out early on. With it, it's possible to modify a CAFD, distribute it and before you know it, we'd end up with lots of dead car. Why? Because somebody will exploit this and I guarantee, distribute it maliciously with the intent of spreading harm. Color me paranoid, but I worked in the security industry for too long to trust a seemingly innocent file. BMW thought a great deal on securing their files and I wasn't willing to start ignoring the benefit of a signed and secured document.

Back to the software token. While I'm confident that my token works, I was also late in the game and I needed a leverage. I asked for testers and I chose the testers carefully. I made sure they all belong to different continents to cover as much timezones available, and I was lucky to achieve this goal. All testers were great and some actually did more than I expected and I really appreciated that.

So anyway, it was a huge success for me -and for the coding community -although a lot of people will never realize this.

Oh, and that other guy who also sell tokens? That's not the end of it. I'll get back to him in another post.
Posted by TokenMaster at 4:16 AM 2 comments:

I bought my BMW 328i in February of 2013. I love the car and it became my ultimate daily driver. While it didn't feel lacking in any department, I feel the car is can do more, I feel it's hiding some sort of secret, just waiting to be discovered. And this started my journey into some unchartered territory.

I dig and I search what can be done with the car and I stumbled upon the world of coding. Thus, begun mu journey into unchartered world. I searched hard for E-Sys and it took me days to find out, it's only a PM away. I read all documents, practiced in my head, and just when I think it's as easy as a pie, I decided on actually pulling the trigger. Hit up eBay and local electronic stores for parts. After about a week, I'm ready to build my own ENET cable. And one Saturday, plugged it in, and I started reading coding data. And as a seasoned system architect, I knew I the first thing to do was to create a backup. 2nd thing was to create a backup of the backup.

I modified one NCD offline. Then attached my laptop again to the car. I was sweating and trembling, and it wasn't due to the weather. I ran this scenario in my head at least a dozen times, yet, it was never enough. I hit "Code FDL" and closed my eyes for what seemed an eternity. I opened them and I was greeted by a small window. YAY! It was a success. Damn, I can do a lot of things with this car.